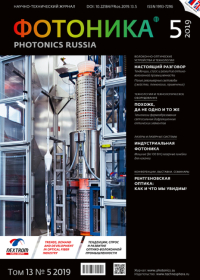 The scope of refractive optics has expanded significantly, significantly covering the area of ​​application of traditional X‑ray optics – ​crystals and mirrors. But for astrophysical problems, X‑ray optics of squint gliding remains an indispensable tool. The complexity of the problem lies in the manufacture of multilayer interference mirrors, refractive lenses, and tunable refractive lenses – ​zoom lenses. To use their potential, X‑ray optics of diffraction quality are required. And in the field of X‑ray microtomography, the possibilities of increasing sensitivity are hidden in the use of X‑ray optical elements: capillary lenses, Fresnel zone plates, asymmetric reflecting crystals (Bragg magnifiers), multilayer X‑ray mirrors.
Earth In The Arms Of The Sun: Heliophysics And Space Weather The regular meeting of the Scientific session of the Department of Physical Sciences (supervised by R. A. Suris, academician of the RAS) was held on June 5, 2019. The topic has combined the reports on the latest results in research on the Sun and its effect on space weather.

DOI: 10.22184/1993-7296.FRos.2019.13.5.504.506
Lasers & Laser Systems
A. L. Ter-Martirosyan, M. A. Sverdlov, C. N. Rodin, N. A. Pikhtin
Powerful (up to 100 W) Continuous Laser Arrays for Pumping Solid-state Lasers Powerful high-performance continuous wave (CW) laser arrays, emitting in the spectral range of 808 nm and designed for pumping solid-­state lasers, have been developed. The laser arrays have high efficiency of converting electric current to light (more than 50%) and small geometrical dimensions. The chips are manufactured based on heterostructures grown by metal organic chemical vapour deposition (MOCVD) epitaxy. The parameters of the developed LA and the results of their life tests are given in the article.

DOI: 10.22184/1993-7296.FRos.2019.13.5.426.443
Tags:   fiber design and fabrication   fiber optics   hollow-core fibers   raman scattering   волоконная оптика   вынужденное комбинационное рассеяние (вкр)   полые световоды   технология волоконных световодов
Optical measurements
A. V. Lukin
Wavefront: Some Issues Related to its Reconstruction and Shaping in Holography and Diffraction Optics In this paper we consider the problems of wavefronts shaping and transformation in holography and in diffraction optics. The simplest examples illustrate the similarity and difference in the physical nature of the processes of formation and intensity distribution of a single diffractive (holographic) lens and a classical lens for continuous and single-­pulse laser radiation in a circle of diffusion. It was also proposed to generalize the theorems of Malus and Levi-­Civita in cases of diffraction; the appropriate formula is given.