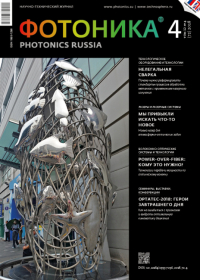 Pulsed terahertz spectrometer ITS‑1 – a device for Terahertz Time-Domain Spectroscopy – is presented. The method of optical rectification of femtosecond pulses is implemented to generate THz radiation in ITS‑1. The average output power of the generated THz radiation is 300 µW, the conversion coefficient of the signal from the optical to the THz range is 10–4. The device has a sufficiently flexible optical scheme and multifunctional software. The article presents test results.