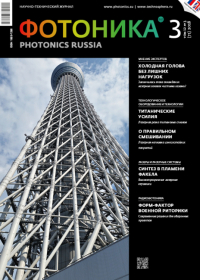 
where
Kx, Ky, Kz are constants for all 12 positions of the scale factor values ​​of the accelerometers, connecting the output voltages of each of them with the measured apparent acceleration on the sensitivity axis;
Sx, Sy, Sz are constants for all 12 positions of the zero offset values ​​of the accelerometers;
Gx, Gy, Gz –  are the projections of the measured apparent acceleration due to gravity;
is the matrix of directional cosines to be determined defining the orientation of the axes of sensitivity of accelerometers in the orthogonal instrumental coordinate system; furthermore, the sum of squares of elements in each row of this matrix is ​​equal to one.
Solving the system of equations (7) with respect to the elements of the matrix Ca, we obtain:
(2)


The errors in determining the elements of the orientation matrix of the measuring axes of accelerometers in the coordinate system of the IMU are due to errors in setting the bench, positioning its platform, wobble of the rotation axes and the presence of noises at the accelerometers. According to (10), (11) the error in determining the element Caαβ can be represented in the form:

(3)
When using a high-precision bench (with small mean square errors of positioning σ1 and wobble of the axis σ2), small angular errors of its setting relative to the local vertical δ, taking all four additive components in (3) as statically independent, and the noise component at the output of the accelerometers as a white noise with intensity Q, the duration of measurements in each of the 12 positions equal to τ s, in the linear approximation we obtain an estimate for the root-mean-square value of the angular error in the angular seconds:
(4)