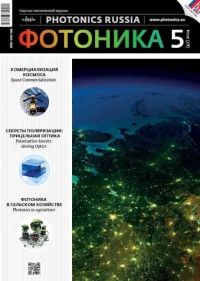 Computer-generated hologram elements (CGHOEs) could be useful for solving experimental gas dynamics major problems, including development of optical systems for gas flow visualization in a vast observation field (up to 1000 mm).

Issue #5/2014 A.Belozyorov, N.Larionov , A.Lukin, A.Melnikov
On-axis computer-generated hologram optical elements: history of development and use. Part II
Computer-generated hologram elements (CGHOEs) could be useful for solving experimental gas dynamics major problems, including development of optical systems for gas flow visualization in a vast observation field (up to 1000 mm).
Теги:   a computer-generated hologram optical element   alignment of a centered multicomponent optical system   aspherical surface   manufacturing technology   асферическая поверхность   синтезированный голограммный оптический элемент   технология изготовления   юстировка центрированной многокомпонентной оптической системы
When conducting research of gas dynamic flows, it is necessary to provide a possibility for a larger modeling scale, absence of any alterations of the flow during the experiment, high sensitivity of measurements (to a limit of a thousandth of a visible spectrum’s wavelength) and a series of other specific features [1].
On-axis CGHOEs have found their use in solving problems of experimental gas dynamics. In “NPO “State Institute of Applied Optics” (“NPO “GIPO”) under the supervision of A.F. Belozyorov D.Sc. a complex of research efforts has been conducted on using computer-generated holograms in interference instruments for gas flow visualization in wind tunnels and ballistic tracks and to produce collimator objectives for opto-physical measurement systems (OPM). These works were executed by L.T. Mustafina.
The reason for such research was the fact that technologies which became the basis of shadow, interference and shadow-interference instruments of the 1-st and the 2-nd generations did not fully solve the problems set by researchers. It was necessary to equip modern aerodynamic and ballistic installations with such unique systems which would have allowed to experimentally study the processes of flow along models of planes, helicopters, future aircrafts, automobiles, multi-purpose rockets in near-natural conditions [1]. That is why it was required to develop relatively cheap and compact systems for OPM with work field (visualization field) of 800 to 1000 mm and more.