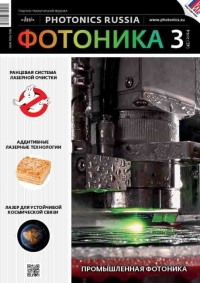 ΔZ = m ∙ ΔVoz ∙ V/eE,
where Z is the axial coordinate; m and e are the electron mass and charge respectively; E is the intensity of electric field close to photocathode; ΔVoz is the spread of photoelectron initial speed along the axial component; V is the longitudinal component of axial speed which photoelectrons obtain at thr combined accelerating potential applied to IIT. The theory of spatial chromatic aberrations of L.A. Artsimovich became conventional theory for the description of quality of static images formed in IIT.
After ten years, on the basis of L.A. Artsimovich formula Y.K. Zavoisky and S.D. Fanchenko easily obtained the expression for the temporal aberrations of electron optics. The time of image formation Δσ in the focusing area was estimated taking into account the following:

Δσ = ΔZ/V.
Authors meant that if the accelerating potential on IIT is constant the electron speed close to the focusing area is constant too. Thus, in 1955 the famous correlation accepted by the world science was derived:

Δτ = m ∙ ΔVoz /e∙E.
Nowadays, it is known as the formula of Zavoisky-Fanchenko for the determination of contribution of longitudinal chromatic aberrations to the maximum achievable time resolution of IIT.
For the qualitative evaluations which are usually used by the developers authors introduced the simplified expression:

Δτ = a · 10–11/Е ,
where Е is the intensity of electric field which is in close proximity to photocathode expressed in the units of CGSE charge (1 CGSЕ = 30 V/mm), a is the dimensionless coefficient equal to 1-2 for silver-oxygen-cesium photocathodes. In accordance with the calculations of these authors for the device PIM-3 the maximum time resolution turned out to be equal to 5-10 ps. And the values Е = 2 СGSE (60 V/mm) and a = 2 are used here and it agrees well with the experimental results.
Zavoisky and Fanchenko did not limit their attention with theoretical consideration of unavoidable longitudinal chromatic aberrations of focusing lens. Laying the groundwork for the pico-femtosecond electron-optical chronography they considered the whole path of the formation of photoelectron images from photocathode to IIT output screen. Having analyzed the resulting images they came to the conclusion on the possibility of achievement of time resolution up to 10 femtoseconds (10-14 s). And indeed, during the next two decades the leap was made in the development of electron-optical photography. In the late 70s many papers of national and foreign researchers devoted to the improvement of IIT time resolution by more than one order were written; the value of time resolution reached and exceeded one picosecond.
In the article “Pico-Femtosecond Electron-Optical Chronography” (Proceedings of the Academy of Sciences of the USSR, 1976, v. 226, No. 5) Y.K. Zavoisky draws the following fundamental conclusion: “In order to master the range 10-12–10-14 s there is only one way: minimization of the chromatic aberration effect through the increase of electric field intensity close to IIT photocathode up to 103-104 CGSE units (30-100 kV/mm) particularly on the basis of pulse supply”.
Thus, the main physical principles underlying in pico-femtosecond electron-optical registration are as follows [11].
Due to the dispersion of group velocities in glass lens of deflective-type objectives minimum time of the image formation cannot be shorter than 50-100 fs. Therefore, in order to reach the range of short times of 10-100 fs it is necessary to use the projection lens of reflective type projecting the image plane (for example, entrance micrometer slit) on IIT photocathode.
The finite thickness of photocathode determines the spread of the moment of photoelectrons departure in photocathode plane turned into vacuum. Upon the photocathode thickness of 100~(10-6 cm) and initial electron velocity of ~108 cm/s the value of this spread should not exceed 10 fs. Evaluation is accomplished under the condition of the absence of multiple scattering of electrons in photocathode depth. (Unfortunately, correctness of this statement has not been subjected to the careful theoretical and particularly experimental verifications yet).
Photocathodes must have low surface resistance. Photocathode materials must withstand the impact of high-intense electric fields (at the surface intensity of 1-6 kV/mm under static conditions and up to 30-100 kV/mm under pulse conditions). (According to these recommendations the specialized studies on photocathodes for femtosecond IITs should be accomplished and it is necessary to learn how to measure the distribution of photoelectron initial energies in actual practice. The reason is that at the abovementioned intensities near-cathode electric fields can severely distort the energy levels in semiconductors and influence on the energy distribution of photoelectrons upon the external photoeffect).
It is evident that time resolution (up to 10 fs) can be achieved at the phase velocities of images deflection on the screen which exceed the light speed by many times. It is so-called technical time resolution, τт = δх/V or the time during which the scan travels with the velocity V equal to one resolution spatial element δх. However, the influence of edge effects in deflecting plates at such deflection velocities and finite size of the beam in deflection plates can considerably deteriorate the spatial quality of the images deflected at such velocity.
Interaction of the electrons carrying the FP image with fast-changing deflecting field has quantum-mechanical character. It can cause the peculiar “shot effect” of deflection. If the scan velocity is subjected to the random fluctuations then the limit of time measurement accuracy will be not more than several units of femtoseconds, as the evaluations showed.
The effect of signal tailing exists at the expense of Coulomb repulsion of the electrons which are the parts of one resolution element during the time of transit through IIT. Indeed, the electrons, which departure from photocathode during the time of 10 fs, form groups in the bundle with the thickness which is not more than 10-6 cm. In its thin layer during the whole transit through IIT Coulomb repulsion occurs and it unavoidably causes the bundle thickening. Estimated correlation for Coulomb component of time resolution indicates the fact that number of electrons N contained in the image spatial element does not exceed one electron at the time resolution of 10 fs (τк ~10-14 N). It means that the time analysis of photoelectron images in femtosecond IITs must be carried out at the level of counting of single photoelectrons.
Compulsory condition for the reliable registration of the images scanned on luminescent screen with pico-femtosecond time resolution is their considerable (up to 104–106) luminance intensification. Meeting this condition will ensure the mode of the registration of every single photoelectron departing from the photocathode of time-analyzing IIT and carrying the information of the registered FP. Therefore, high-quality luminance intensifiers for the images analyzed in time (possibly with the use of micro-channel plates (MCP)) as well as ultra-sensitive CCD-matrices (including the electron-sensitive matrices) for the further signal input and images processing on computer are required.
And in conclusion we want to remind that evaluating the contribution of individual components to the maximum time resolution of IIT our classics never forgot about well-known effect of electron spectral broadening determined on the basis of quantum-mechanical uncertainty relation: ΔεΔτ ≥ ħ. If we take into account that in ultra-short photoelectron pulse electrons unavoidably have velocity spread estimated on the basis of uncertainty relation, this spread can be compared with the velocity spread estimated on the basis of external photoeffect character. Taking into account this additional (quantum-mechanical) velocity spread the estimation formula for the maximum τmax time resolution was derived:

τпред = ħ / (еV0Е)1/2,
where ħ is the Planck’s constant; Е is the field close to photocathode in the units of CGSE charge; V0 is the initial velocity of photoelectrons; е is the electron charge. According to this formula, at the intensity of the field close to photocathode of 30-100 kV/mm using the silver-oxygen-cesium photocathode maximum time resolution will be maintained at the level of 10 fs.
* * *
Summarizing this section it should be noted that theoretical basics of pico-femtosecond electron-optical photography formulated in 1950s in the papers of the school of Y.K. Zavoisky and submitted to the scientific community at the IV International Congress for High-Speed Photography in Cologne (Federal Republic of Germany) in 1958 [18] withstood the test of time during the half of century. Their validity was tested and successfully confirmed on the basis of the results of many IIT applications during the study of FPs in laser physics, laser plasma physics, semiconductor physics, fiber and nonlinear optics, photobiology and medicine. Time-analyzing IITs are actively applied in nuclear physics for the study of ionizing particle tracks in luminescent materials [19], for the photography of Cherenkov radiation of individual relativistic charged particle [20], synchronization of the moment of arrival of colliding beams of relativistic electrons in time in the experiments with synchrotron radiation [21], in the experiments with controlled thermonuclear fusion (CTF) in order to estimate the density, fractional composition and electron temperature of plasma by the luminance of spectral lines [22]. Please, read the second part of the review in the next issue of the magazine on how applied physics devices impulse the rapid development of electron-optical diagnostic equipment.
Photonics Russia. Issue #3/2014
Readers feedback
Leave a feedback