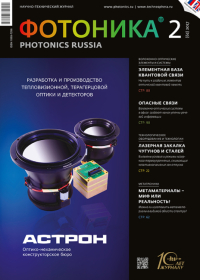 This overview describes the main milestones of development and deployment history of laser treatment and laser medical equipment in Russia.