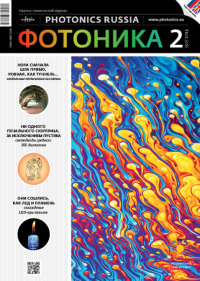 The work describes the development of a new semiconductor wafers dicing technology by a laser controlled Thermocracking (LCT) method. Results of experimental investigations of dicing sapphire wafers for light-emitting diodes (LED) by means of a СО2 laser and UVlaser are provided.


ately the method of the laser-controlled thermocracking (LCT) has successfully conquered its own niche in the area of precision cutting a wide class of fragile non-metal materials. This technology developed in Russia is patented in Russia and abroad [1, 2]. The share of such fragile materials, as sapphire, glass, ceramics, quartz, silicon and other semiconductor materials employed worldwide has sharply increased practically in all industries of production. In addition, the range of products using the materials indicated above is massively increasing. Such products include solid-state semiconductor devices, optics of various types, micro – and optoelectronic devices.

Presently when cutting plates from a sapphire two competitive technologies of laser scribing are used on industrial scale.

Report [3] about development of new equipment for cutting plates into separate chips by lasers with a radiation in the ultraviolet domain of spectrum caused an increased interest from manufacturers of LEDs. Cutting with the help of UV-laser involves the application of shallow notch on the surface of the substrate and the subsequent breaking. Figure 1 (a) shows a photograph of the face of the chip after laser scribing and breaking. When scribing by a UV-laser the cutting width varies from 5 to 30 microns, depending on the source of radiation, optics, and other systems, and the speed of scribing averages 2–50 mm/s, depending on the partitioned material, its thickness and a number of other parameters; the speed is thus substantially higher than at the mechanical cutting.

In 2007 the Japanese company Hamamatsu Photonics KK invented a new original technology of scribing which was given the name Stealth Dicing or cutting SD (invisible cutting) [4].

The basic idea of the technology is that the incision of the processed sapphire plate is carried out not from the outside (from the exterior of the blank plate), but inside it [5]. It happens as follows. A laser beam heads for one of sides of the plate, the beam is being focused not on the surface facing the laser, but inside the plate. As a result, when sufficient laser power density inside the work piece there forms a line of micro explosions. Apart from a sequence of closely spaced vertical tracks, such laser perforation also causes some mechanical deformation inside the plate. Upon completing the process of laser treatment, the plate is still a single unit. Therefore, as in the first method of superficial scribing, additional operation of mechanical loading is required to split the plate along the line of motion of the laser beam. Figure 1 (b) features the image of the sapphire wafer end after cutting. According to different sources, the speed of SD cutting can reach 150 mm/s.

To compare, Fig. 1 (b) has the picture of the sapphire plate butt end after cutting with the method of LCT, which demonstrates undeniable advantages of the latter over cutting using all before known technologies. In addition, the cutting speed of sapphire plates reaches 750 mm/s and more.

The purpose of this work was to develop a new high-efficiency technology and equipment for precision laser cutting sapphire wafers based on LCT method.

Physical and mathematical models of the LCT process

The LCT method is essentially the following (Fig. 2). When heating a surface of fragile material by a laser beam with a wave-length for which the material is opaque (for a sapphire it is the radiation of СО2-lazer with a wave-length of 9.3 or 10.6 microns), focused by a lens there arise compression stresses in the heating area of the surface layers. When a sprayer serves coolant, the laser beam is followed by the sharp local cooling of the surface of the material along the line of the cut. The temperature gradient causes the expansion strain in surface layers of the material, which under certain conditions can result in the formation and propagation of crack in the direction of the cut.

To optimize the modes we have developed the LCT mathematical model for fragile materials. We have calculated thermoelastic stresses occuring in the process of LCT both in isotropic and anisotropic materials [6].

To calculate the distribution of temperature during superficial heating of an elliptical laser beam for a thin lamina we applied a partition method. The task of heat conductivity is reduced to a one-dimensional problem in the direction of the plate thickness and two-dimensional one for plate plane. The former one-dimensional task for absorption of radiation by Bouguer law is solved analytically and is expressed by a Fourier row by cos (πzn/h) – where z is the current coordinate, h is the plate thickness, n is a natural whole number. For every value of n we determine a two-dimensional task which is solved numerically by a finite-difference method. The solution of task is processed by MathCad.

We determine the heat transfer coefficient experimentally, in calculations it is approximated by the dependence. The obtained distribution of temperature is presented in a Fig.3a. When the temperature is distributed, we can witness a dramatic drop in front of coolant boiling.

When considering the problem of thermoelasticity of the thin lamina plate heated by a laser radiation and cooled by applying the coolant right after the laser beam, we can possibly assume the distribution of temperature to be homogeneous one across the plate. The biaxial stress occurs in this case.

For a two-dimensional case (x, y), equations of compatibility define the task of thermoelasticity:

where αT is a coefficient of thermal expansion, E is Young’s modulus of elasticity, n is Poisson ratio, σij is a stress tensor, T (x, y, t) is temperature distribution in the material. For the tasks of thermoelasticity time t is a parameter and not a variable.

Let us introduce the function of tensions of F (x, y) satisfying the following correlations:

A particular solution of this equation is in the form: , using the equation of heat conductivity with superficial sources of heating and cooling

Then the particular solution for the components of σyy stress tensor will be written down as:

The general solution of a homogeneous equation of the thermoelasticity problem will equal zero, as there are no stresses in the freely located plate in the absence of heating and cooling.

We are interested in the value σyy in the area of cooling after heating by the radiation of plate. These stresses result in crack propagation following the laser radiation. The distribution of σyy stress defined in this way is given in Fig.3b.

The first attempts to use the LCT for cutting instrument sapphire wafers into crystals in manufacturing light emitting diodes have exhibited its viability and indisputable advantages [7]. The main advantage of LCT technology is a high yield (speed of cutting is 700–1500 mm/s) and zero defects of the edge (Fig.1c), which ensures the increased durability of the product five times as compared to the traditional cutting.

However, when we attempted to apply the LCT method in mass production of LED we faced some difficulties overcoming of which demanded additional research. In spite of all advantages of LCT method, the LCT method is cumbersome and hard when we cut by intersecting lines. The high-strength defect-free edge of the plate after LCT hinders advancement of the crack at crossing the primary lines of the cut in perpendicular direction.

Cutting of sapphire plates into crystals using the LCT method is carried out in the following sequence:

inflicting a local microflaw (concentrator of stresses) on the edge of the plate, the flaw originates the crack;

cutting the plate into strips in the first direction by СО2 – laser;

turning the plate by 90 degrees;

incising with the help of a diamond pyramid at the crisscross with the lines of cut in the first direction;

cutting the plate in the second direction.

During the research on optimizing the technological process of the laser cutting of thin plates, primarily we developed and patented a new method of cutting sapphire plates [8]. Fig. 5 features the chart of the laser cutting thin plates into crystals, combining the LCT method and shallow incision in the second direction with a help a UV – laser.

We perform the cutting sapphire plate (1) with the formed structures (2) as follows. When cutting the plate in the first direction (I) we first make short incisions (3) the edges of the plate, them being stress concentrators and providing a reliable origin and advancement of the dividing cracks (4) by the LCT method. When cutting in the second direction (II) to receive through dividing cracks (5) we make a preliminary shallow incision (6) along the whole cut line or in the places of crossings with the lines of cut (4) by the focused beam of a UV – laser (7). At the subsequent heating of the incision line (6) by a laser beam (8) of a СО2 – laser and subsequent cooling of the area of heating by coolant (9) there is formed a dividing through crack (5).

We optimized the technological modes of cutting thin plates with the structures of light emitting diodes (LED) into crystals. As a material, we used a plate from a sapphire by 50.8 mm diameter and of 90 microns thickness. Cutting the plates into crystals (chips) of 250х250 microns 2 was carried out on the laser-processing unit equipped with a СО2-laser of up to 50 W power, providing the generation of radiation with the mode of ТЕМ01. The radiation was focused on the surface of the plate by a spherical-cylindrical lens into an elliptical beam measured as 1.5х0.1 mm 2. To make local incisions 150 microns long on verges of the plate when cutting in the first direction and to make incisions along the whole cut in the second direction we employed a UV – laser with a wave-length radiation of 355 nm. The depth of incision made was 5–9 microns, and the width of the incision amounted to 5–7 microns. The speed of cutting reached 400–550 mm/s.

The first Russian industrial equipment set of MLP1–1060/355 (Fig. 7a) for super precise cutting of sapphire plates and other fragile non-metal materials was made by a company "The research and production center "Lasers and apparatus TM" (Zelenograd) on the basis of a license contract with the patent owner V. S. Kondratenko.

The new technology of cutting sapphire plates into crystals for LED has been realized basing on the license agreement with "Foxconn Technology Group" (Taiwan). To achieve this, there has been developed and manufactured a new technological set of series WLCM2–330A (Fig. 7b).

New technology of the super precise laser cutting of thin plates from sapphire and other fragile materials allows improving the efficiency of the cutting method as it provides an opportunity to perform through cutting which does not require additional operations of breaking, to extend the range of cutting thin plates of various thickness and to increase the effective cutting of crystals of practically any sizes, and also to improve the productivity and cutting quality. Since one of major parameters of light-emitting diodes is their brightness, the LCT method allows obtaining the brightness of light-emitting diodes greater, than that after treatment by other methods. It is achieved due to absence of some defects along the first direction of the cut and insignificant (5 microns) depth of ditch along the second direction of the cut. Presence of deep incisions (25–30 microns) after UV-laser scribing in the butt end of light-emitting diode causes absorption some light by the damaged edges, which results in overheating workings LED crystals.

This technology of precision cutting sapphire plates into crystals for LED was first developed and patented in Russia. It allows cutting other fragile materials, such silicon on sapphire, ceramics, quartz, and other semiconductor materials. There has been developed and manufactured a production unit for high-efficiency cutting of the aforementioned materials. The Institute of High Technologies of Moscow State University of Instrument Engineering and Computer Science takes orders for producing test samples, prototype models and production batches from sapphire and other brittle non-metal materials.
Photonics Russia. Issue #2/2015
Readers feedback
Leave a feedback