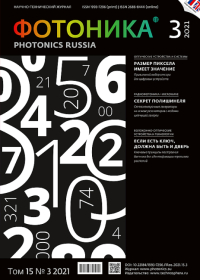 The article confronts the readers with the principles of creating optoelectronic microwave generators. Without pretending to be complete, the authors analyze the main types of generators, classifying them according to their principle of operation. The physical processes underlying the operation of various types of generators are briefly considered. A comparison of the characteristics of the generators is given. 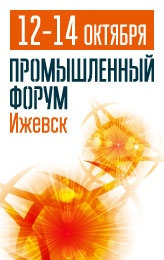 The article confronts the readers with the principles of creating optoelectronic microwave generators. Without pretending to be complete, the authors analyze the main types of generators, classifying them according to their principle of operation. The physical processes underlying the operation of various types of generators are briefly considered. A comparison of the characteristics of the generators is given.
Теги:   integrated ring resonators   microwave generator   optical frequency comb   optoelectronic oscillator   интегральные кольцевые резонаторы   моды шепчущей галереи   оптические частотные гребенки   оптоэлектронные генераторы   свч-генератор
Principles of Constructing Optoelectronic Microwave Oscillators

The article confronts the readers with the principles of creating optoelectronic microwave generators. Without pretending to be complete, the authors analyze the main types of generators, classifying them according to their principle of operation. The physical processes underlying the operation of various types of generators are briefly considered. A comparison of the characteristics of the generators is given.

Introduction
Optoelectronic oscillators (OEOs) generating of a microwave signal are one of the main devices in microwave photonics, which are of great scientific and practical interest. OEOs find their application in the study of nonlinear dynamics of electromagnetic waves in the optical and microwave ranges. They find important practical applications for optical communication systems, generation of ultra-­stable microwave signals, radar systems, generation of optical chaos, and many others. The main feature of the OEO is the simultaneous use of optical and electronic components, which makes it possible to take advantage of the key advantages of the OEOs in the optical and microwave ranges.

The article discusses the main types of optoelectronic microwave oscillators. The article does not claim to be an exhaustive coverage of the work on the OEO. At the present time, the Web of Science database produces more than one and a half thousand articles on the query “Optoelectronic oscillator”. In the last decade, about 150 articles have been published per year. Such a variety of works does not allow us to refer to all the publications that have contributed to the development of this direction. Therefore, the authors limited themselves to the classification of optoelectronic microwave oscillators according to the principle of operation with references to the main works and apologize to those authors whose works were not included in this review.

1. OPTOELECTRONIC OSCILLATORS BASED ON RESONATORS WITH WHISPERING GALLERY MODES
Generation of a microwave signal can be obtained using optical pumping of a nonlinear medium and further generation of an optical frequency comb. This is possible when self-modulation instability manifests itself, which can arise only in nonlinear dispersive media. The phenomenon of self-modulation instability lies in the fact that when an intense quasi-­monochromatic signal propagates in a nonlinear dispersive medium, periodic self-modulation of its amplitude occurs. In this case, side harmonics are generated in the signal spectrum around the fundamental harmonic (they are often called satellites). This effect is threshold and is due to the development of four-wave parametric interaction of waves [1].

The development of self-modulation instability is qualitatively explained in Fig. 1. A sinusoidal signal is introduced into a nonlinear dispersive medium. In addition to this signal, there is always thermal noise in the medium, caused by thermal vibrations of the medium. As the power introduced into the medium increases, due to the four-wave parametric process, the power of the side harmonics increases.

Optical combs in the time domain are a sequence of nonlinear optical pulses – ​solitons, which are the result of the addition of many resonant harmonics of the system. The main feature of optical frequency combs is the equidistance of the optical harmonics of their spectrum. This allows the use of optical combs to generate microwave signals.

Fig. 2 explains the acquisition of a microwave signal from an optical frequency comb. By photodetecting a sequence of optical pulses, a sequence of electrical pulses is obtained. They are characterized by a repetition period Tr, which directly determines the spacing between adjacent optical comb frequencies as fr = 1 / Tr. The spectrum of the detected signal is a set of equidistant harmonics with a repetition period fr. The frequency comb spectrum can be shifted by the frequency f0, which is a measure of the coherence between the comb harmonics and shows the change in the phase of the optical carrier relative to the pulse envelope. Thus, the frequency of the N-th harmonic in the comb is determined by the following expression:
νN = N · fr + f0. (1)

The nonlinear properties of optical resonators with whispering gallery modes (WGMs) have been studied for a long time [3–5]. A typical diagram of an experimental setup for such studies is shown in Fig. 3. In [6], parametric generation of an optical frequency comb in a disk resonator with a WGM made of calcium fluoride (CaF2) was shown. Generation was carried out due to the development of self-modulation instability in the cavity – ​a four-wave parametric process, in which the power from the pump radiation is pumped into side harmonics. An increase in the pump power led to the cascade generation of equidistant harmonics and the formation of a frequency comb. The interval between the comb harmonics was 25 GHz. Thus, in [6], the generation of a microwave signal at a frequency of 25 GHz using an optical frequency comb was demonstrated. By changing the carrier frequency of the pump radiation, the interval between the harmonics in the comb was changed. It was m ∙ 25 GHz (where m is an integer). As a result, the frequency of generation of the microwave signal was changed with a step of 25 GHz.

In [7], an optical comb in a 7.1 mm WGM disk resonator made of magnesium fluoride (MgF2) was used to generate a 9.9 GHz microwave signal with phase noise levels of –60 dBc / Hz and –120 dBc / Hz at offsets of 10 Hz and 1 kHz, respectively. Reducing the resonator diameter to 2.5 mm (2 mm) provided an increase in the frequency interval between harmonics in the comb and an increase in the generation frequency at the photodetector output to 28 GHz (35 GHz) with a phase noise level of –120 dBc / Hz at 10 kHz offset [8].

2. OPTOELECTRONIC OSCILLATORS BASED ON INTEGRAL RING RESONATORS
Generation of frequency combs is also possible in integral ring resonators (Fig. 4) made of silicon [16, 17] or silicon nitride [18–24]. The efficiency of a four-wave process depends on the pump power, system nonlinearity, interaction length, and phase matching of specific harmonics. The choice of the geometry and material of the microcavity determines its resonant frequencies and, consequently, the frequencies that will be generated during the four-wave parametric process.

In other works devoted to the generation of optical frequency combs in integrated ring microcavities, it was possible to obtain combs with a harmonic interval of 204 GHz [19] and 99 GHz [23]. To decrease the interval between the comb harmonics, it is necessary to increase the delay time of the optical radiation in the cavity, and, consequently, its radius. However, an increase in the size of the resonator reduces the feasibility of its use. In [25], various topologies of integrated microcavities were proposed, which make it possible to obtain a relatively small interval between adjacent harmonics (25 GHz) while maintaining the miniature dimensions of the resonators.

In [26], a generator based on an integral resonator with a diameter of 2.3 mm, made of silicon nitride, was investigated. Figure 8 (a) shows its optical spectrum, which looks like a comb around the intense pump wave. The Q factor of such a resonator was 2.2 ∙ 106. The resonator switched to the frequency comb generation mode at an optical radiation power of 35 mW. Fig. 8 (b) shows the phase noise of a microwave signal at a frequency of 19.6 GHz.

3. OPTOELECTRONIC OSCILLATOR BASED ON PULSED LASERS WITH MODE SYNCHRONIZATION
The use of mode-locked pulsed lasers makes it possible to obtain ultrashort optical pulses with a repetition rate of the order of fr ≈ 0.1–10 GHz. The spectrum of such pulses is a frequency comb with an interval between harmonics equal to fr. So in work [27], a pulsed laser with mode locking is used to generate highly stable oscillations in the microwave range (Fig. 9). A mode-locked titanium-­sapphire laser is used to generate a frequency comb, which generates optical pulses with a repetition rate of 1 GHz. When detecting such optical pulses, a sequence of electrical pulses is formed at the output of the photodetector, the spectrum of which is a set of equidistant frequencies with an interval of 1 GHz. Then, using a band pass filter, the 10 GHz harmonic is isolated.

Due to the phase locking of the optical comb with the reference laser radiation, the high stability of the laser radiation is transferred to the optical pulses, and then to the detected sequence of electrical pulses. In such a case, the subhertz line width of the reference laser light is transferred to the microhertz line width of the microwave signal. In [27], the generated signal had a record low temporal jitter of 0.76 fs and a short-term instability of about 8 ∙ 10–16 per second. The phase noise was –104 dBc / Hz and –157 dBc / Hz, at 1 Hz and 1 MHz offsets, respectively. To measure the characteristics of such generators, the circuit shown in Fig. 9 was designed. The disadvantage of the described generator is its relatively large size and the possibility of using it only in laboratory conditions.

This work was partially financed by the Ministry of Science and Higher Education of the Russian Federation (State Assignment project, grant No. FSEE‑2020-0005).
Optoelectronic microwave oscillators based on active ring resonant systems and a comparison of the phase noise of different types of optoelectronic generators will be considered in the next part of the review.

Conflict of interest
The authors claim that they have no conflict of interest. All authors took part in writing the article and supplemented the manuscript in part of their work.
Photonics Russia. Issue #3/2021
Readers feedback
Leave a feedback