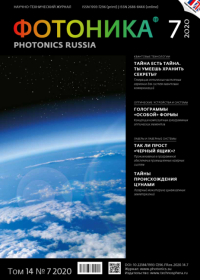 The features of using laser strainmeters and laser meters of hydrospheric pressure variations for recording tsunamigenic earthquakes and their generated signals are described. When analyzing the records of various tsunamigenic earthquakes using laser strainmeters, the prospects for creating tsunami warning systems are considered.

INTRODUCTION
The development of new technologies for short-term forecasting of dangerous hydrodynamic processes of the Earth (tsunami waves, “rogue waves”, etc.), their direction finding and identification at the stage of origin and development is of great importance. At the moment, there are practically no sufficiently reliable methods for registering the occurrence of dangerous hydrodynamic processes on the Earth, as indicated by the catastrophic events of recent years.

As a typical example, two events can be cited that are associated with earthquakes that occurred in the earth’s crust under the seabed. Thus, in December 2004, a powerful earthquake occurred in the Indian Ocean, resulting in a tsunami that killed more than 283,000 people [1–4]. At the same time, no alarm was announced in connection with the formation of a tsunami. In January 2007, there was a powerful earthquake in the Pacific Ocean, as a result, the danger of a tsunami was declared on the Kuril Islands and on the island of Hokkaido. There was no tsunami. These examples indicate that tsunami warning services are not working effectively. If in the first case, a lot of people died and great economic and socio-­political damage was caused, then in the second case, great economic damage was caused to economic facilities in the zone where the alarm was announced, due to the termination of their functioning and the implementation of anti-tsunami hazardous measures, the evacuation of people from the alleged flooded areas.

Strain anomalies that cause tsunamis occur during various geodynamic processes. The overwhelming majority of them are associated with earthquakes. The earthquakes themselves only “shake” the bottom in the range of periods from several seconds to several tens of seconds and cannot cause a tsunami. Alternatively, the strain anomalies caused by earthquakes are in the extreme left frequency range and cannot be recorded by any, even broadband seismographs. The most efficient devices for tsunami registration are those capable of registering strain slips leading to the appearance of a wave. The rate of propagation of the strain slip in an elastic medium is an order of magnitude higher than the rate of propagation of a tsunami. The most promising for their registration and direction finding are horizontal laser strainmeters due to their main characteristics: the accuracy of measuring the microdisplacements of the Earth’s crust is 0.1 nm, the frequency range is from 0 (conventionally) to 1000 Hz, the dynamic range is practically unlimited when measuring natural processes in the infrasonic range. Registration of the strain anomaly by a laser strainmeter [5] at Cape Schultz, located at a considerable distance from the place of tsunami generation, made it possible to formulate the foundations of the strain method for determining the tsunamigenicity of earthquakes [6].

In this article, we investigate the records of two side-by-side earthquakes, one of which was tsunamigenic, and the other was not tsunamigenic. In the future, when describing the capabilities of laser meters for hydrospheric pressure variations, we will substantiate the foundations of creating new tsunami warning systems.

EXPERIMENTAL DATA
AND THEIR PROCESSING RESULTS
Since the beginning of the operation of a horizontal laser strainmeter with a north-­south orientation and with a measuring arm length of 52.5 m, created in accordance with [7], a large amount of data of a wide frequency range of artificial and natural origin has been obtained, including data on various tsunamigenic and not tsunamigenic earthquakes. In this section, we will analyze the records of two earthquakes that occurred side by side, after each of which a tsunami alert was declared, although one of them did not lead to the formation of a tsunami, and the second led to the formation of a tsunami.

Fig. 4 shows a record of a tsunamigenic earthquake (top) and a dynamic spectrogram of the record of this earthquake (bottom). The beginning of the earthquake is marked with an arrow. It can be seen that after the beginning of the earthquake, the character of the recording changed. The strain anomaly occurred approximately 2.5 minutes after the onset of the earthquake. Based on a laser strainmeter with an arm length of 52.5 m, the strain anomaly is 19.2 μm. On the dynamic spectrogram there are oscillations with periods of 10 and 16 s, but the strongest oscillations stand out in the lower frequency region.

Tsunamigenic earthquake occurred in a place where the sea depth is 2700 m, while the tsunami velocity can be 0.16 km / s. Considering that the nearest coast is about 130 km away, the tsunami wave will reach the coast in 812 s. A laser strainmeter, installed in the south of Primorsky Krai, registered a strain anomaly 9 minutes earlier, which led to the formation of a tsunami, than the largest wave reached the nearest coast.

The maximum value of the vertical displacement of the bottom at the epicenter can be estimated by the formula [8]:
H [cm] = 1.5 Mw – 21 g h [km],
where: Mw is the magnitude of the earthquake, H is the maximum height of the bottom displacement at the epicenter, and h is the depth of focus. Substituting here the magnitude Mw = 7.5 and the depth of focus h = 10 km leads to an estimate of H ~ 3.3 cm.

According to local media reports, the epicenter of the earthquake was located near the Kii Peninsula, overlooking the Pacific Ocean. The earthquake shocks were felt over a large area, up to the city of Tokyo, located 600 km from the epicenter. Oscillations also fell on the ancient capital of Japan, Nara. After the first and second earthquakes, the tsunami alert was announced.

However, after the first earthquake, only a tidal wave with a height of about 0.5 m was observed. After the second earthquake, a small tsunami with a wave height of about one meter was observed. After the first push, the movement of electric trains and high-speed trains was stopped. Because of the tsunami, 14 people were injured, an accident occurred in Wakayama prefecture that led to a power outage, and 4 small ships capsized off the coast of Mie Prefecture. A small tsunami wave caused minor damage to the Japanese economy.

Currently, the tsunami warning service uses bottom sensors of the DART (Deep-ocean Assessment and Reporting of Tsunamis) system to register sea level fluctuations, which provide a sufficiently good level of measurements for solving applied problems, but insufficient for solving a number of fundamental problems associated with accurate tsunami forecast based on the records received. To solve these fundamental problems, it is proposed to use laser meters for hydrospheric pressure variations [9], but equipped with a different hydrospheric pressure compensation system used when the device is submerged or raised to the bottom, ensuring its performance at great depths. The external view and optical layout of the laser meter for hydrosphere pressure variations are shown in Fig. 5.

The laser meter of hydrosphere pressure variations (Fig. 5a) is a cylindrical body (1), which is fixed in a protective grid (2). One side of the body is hermetically sealed and has a hole for the cable. The other side is sealed with a removable cover (3). Outside the device there is an elastic container (4) with air, the outlet of which is connected with a tube to a compensation chamber located in a removable cover. The sensitive element of the laser hydrophone is a round membrane fixed in its removable cover in such a way that one side of it is in contact with water, and the other is turned inside the device and is part of the Michelson interferometer. All optical elements of the laser meter for hydrospheric pressure variations (Fig. 5b) are rigidly fixed on the optical base (8). The laser beam (11) passes through the collimator (10) onto a plane-­parallel dividing plate (7), which divides it into two separate beams, measuring and reference. The first (measuring) beam is directed into the lens (4), then through the optical window onto the mirror-­coated membrane located in the cover (1). After reflection from the membrane, the beam again hits the lens, and then onto the dividing plate (7), from which it is reflected to the photodiode of the resonant amplifier (9). The second beam (reference), after the dividing plate, passes through a system of control mirrors (5) and (6) mounted on piezoceramic bases. Then, like the measuring beam, it hits the photodiode of the resonant amplifier. With the help of these two beams, an interference pattern is adjusted, the change in which will correspond to the variations in hydrospheric pressure acting on the membrane.

The laser hydrophone can use stainless steel membranes of various thicknesses. With R = 5 cm, h = 1 mm, E = 2.1 · 1011 N / m 2, σ = 0.25, we have:
.
With the above limiting value for measuring the displacement of the membrane center, we have a limiting value for measuring variations in hydrospheric pressure equal to 0.0019 Pa (or 0.002 Pa). This limiting value makes it possible to record sea level fluctuations with an extreme accuracy of 0.2 μm. This value is several orders of magnitude better than the limit value for DART bottom receivers.

CONCLUSION
When comparing the results of processing the data of a laser strainmeter, which recorded signals from two nearby powerful earthquakes, it can be noted that, judging by the main spectral peaks of the initial sections of their records (10 and 16 s), the lengths of breaks in the earthquake foci were approximately the same. In the record of the tsunamigenic earthquake, a strain jump of the order of 0.32 · 10–6 is observed, which is proportional to the displacement at the base of the strainmeter (52.5 m), equal to about 17 µm. The strain jump occurred some time after the onset of the earthquake. This strain jump was formed by the displacement of the seabed at the epicenter of the earthquake, which led to the formation of the tsunami. Similar jumps in strain on laser strainmeters were observed earlier during the registration of tsunamigenic earthquakes and they always appeared some short time after the onset of earthquakes [5, 6]. These strain jumps are an indisputable indicator of a tsunamigenic earthquake.

The paper describes the capabilities of a laser gauge of hydrospheric pressure variations intended for recording sea level fluctuations caused by various processes, including those associated with displacements of the seabed, leading to the formation of a tsunami. Unlike bottom DART receivers, which are currently used as the main recorders of this kind, laser meters of hydrospheric pressure variations placed on the bottom can measure sea level changes with an accuracy of about 0.2 μm, which is several orders of magnitude better than all similar measuring systems.

This research was carried out with partial financial support from the RFBR grant (18-05-80011, hazardous phenomena) and the topic “Study of the Fundamental Bases of the Emergence, Development, Transformation and Interaction of Hydroacoustic, Hydrophysical and Geophysical Fields in the World Ocean”.