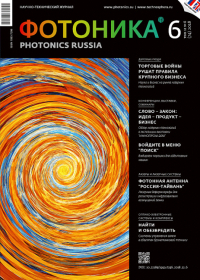 The description is given of the photon antenna "Russia-Taiwan", created on the basis of laser strainmeters of the classical type, established on two polygons of Russia and in Taiwan. Their technical capabilities for recording of various infrasonic disturbances of the Earth are estimated. Some results of processing experimental data are obtained, when carrying out complex tests of laser strainmeters.

Issue #6/2018 G. I. Dolgikh, V. A. Chupin, Yu-Hung Hsiao
Photon Antenna "Russia-Taiwan"
The description is given of the photon antenna "Russia-Taiwan", created on the basis of laser strainmeters of the classical type, established on two polygons of Russia and in Taiwan. Their technical capabilities for recording of various infrasonic disturbances of the Earth are estimated. Some results of processing experimental data are obtained, when carrying out complex tests of laser strainmeters.
Теги:   atmosphere   hydrosphere   laser strainmeter   lithosphere   oscillations   photon antenna   waves   атмосфера   волны   гидросфера   колебания   лазерный деформограф   литосфера   фотонная антенна
INTRODUCTION
Since the creation of the first laser deformograph in the Pacific Oceanological Institute of the Far-Eastern Branch of the Russian Academy of Sciences [1], tremendous work has been carried out to improve their optical schemes and increase sensitivity, resulting in the creation of various laser deformographs: two-coordinate [2], vertical and horizontal directions [3], spatially separated [4] and portable [5]. The use of laser deformographs of various variants allowed to study the nature of different-scale geospheric processes, the source of generation of which was in the atmosphere, hydrosphere or lithosphere. To accurately "bind" the sources of these processes to one of the geospheres with the definition of the physics of their occurrence, laser-interference complexes consisting of laser deformographs, laser nanobarographs and laser measuring instruments for variations in the pressure of the hydrosphere have been created. Currently, at the Marine Experimental Station of the Pacific Oceanological Institute of the Far-Eastern Branch of the Russian Academy of Sciences "Schultz Cape" the complex is used to study the origin and development of infrasonic and low-frequency sound waves and waves of the geosphere transition zone. At the first stage of studying the patterns of transformation of different wave and non-wave processes at the geosphere boundary, research is conducted with artificial sources (low-frequency hydroacoustic and seismoacoustic emitters, ships, explosions, etc.), for example [6], which allows us to study these regularities more thoroughly, since these experiments can be carried out repeatedly under various hydrological and meteorological conditions. At the second stage, the most important one, the research is conducted on natural objects with the solution of the above problems, but with the support of the results obtained with artificial sources, which made it possible to determine the source of many oscillations and waves with an exact "binding" to one of the geospheres. For example, if it was previously thought that quasi-harmonic oscillations with a period of the order of 10–15 min recorded on the shelf by hydrophysical receiving systems belong to short-period internal waves and are generated on the shelf by the sea tide, then processing of synchronous experimental data of the facilities of the above complex allowed as to conclude, that the source of these perturbations is in the atmosphere. But the origin of many recorded oscillations and waves cannot be determined only from the data of such a laser-interference complex. It is necessary to expand the geographical distribution of such complexes over the Earth. The main installations in these complexes are laser deformographs with their unique characteristics: the operating frequency range is from 0 (conditionally) to 1000 Hz, the accuracy of measuring the microdisplacements is 0.01 nm. To solve the problem of creating these complexes in different points of the Earth, the laser deformographs were initially located at three points, two of which are in Russia (Schultz Cape, Primorskii Krai, Transbaikalia (near Krasnokamensk)) and in the south of the Taiwan. The works were carried out within the framework of the FEB of the RAS’s "Far East" program of a joint research projects competition between the Far East Branch of the RAS and the Ministry of Science and Technology of Taiwan. Two laser deformographs, oriented approximately along the "north-south" and "west-east" lines, operated on the Shultz Cape, one laser deformograph operated each in Taiwan and in Transbaikalia. All the experimental data obtained were recorded in a single database of experimental data with subsequent processing and interpretation.