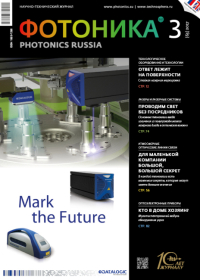 The developed technology of broadband laser hardening with a fibre laser beam using IPG 2D scanners will allow expanding the range of parts. The width of the hardening zone of 15–50 mm in one pass allows processing the seats of the centre shafts of various mechanisms and machines for rolling and sliding bearings. In addition, this technology can be used to strengthen bending and other dies with a depth of the hardened layer of 2.5 mm.

To determine the scoring resistance of hardened specimens, versatile friction machine MTU‑01 was used. The tests were carried out according to the scheme of plane (a sample with laser quenching or nitrided 40X steel) – ring (counter sample of 40X steel with volume hardening of 52–54HRC). The lubricant used was industrial oil I‑20. The specific pressure was varied from 1 to 4 MPa, the sliding velocity was 0.5 to 4 m/s.
RESEARCH RESULTS AND DISCUSSION
When hardening 40X steel on LS‑6 laser, a round spot was used to produce hardening paths with a depth of 0.6–1.2 mm and a width of 3.5–5.5 mm, depending on the distance from the focal plane. Laser hardening at a distance from the focal plane of less than 40 mm results in the concentrated penetration of the base material to a depth of 2–4 mm. The microhardness of the hardening zones varied within the range of 6 240–7 280 MPa. For the radiation power of 1 000 and 2000 W, the hardening modes were found without fusing the surface of the samples with a defocusing of 75 and 100 mm and beam travel speed of 10 and 20 mm/s, respectively.

The wear resistance and scoring resistance of fibre-reinforced zones is 1.5 to 2.0 times higher than that of nitrided 40X2NMA steel samples.
Photonics Russia. Issue #3/2017
Readers feedback
Leave a feedback