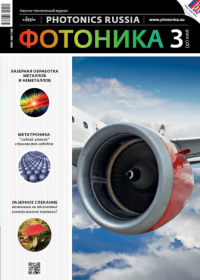 Holographic stereogram (HS) is a stereogram wherein the stereo image is formed by sub-holograms called holopixels [1, 2, 3]. Using holopixels as stereogram element enables for implementation of arbitrary dependence of the stereogram luminance element on the observation direction. Holopixels’ matrix is a ​​stereogram hologram. Thus, the holopixel performs a selection function of stereoframes similar to lentlicular screen superimposed on a special printing image performing this function in stereograms based on lenticular screen, or anaglyph glasses in anaglyph stereography. Optoelectronic system for HS is usually called a holographic printer [4].

Holographic stereograph allows obtaining high-quality three-dimensional and colorful artistic image of arbitrary objects and scenes. Thus stereograms, unlike analog holograms, are not limited in size and do not require the availability of the object in the recording geometry. And unlike stereograms based on lenticular screen, they can restore next larger stereo-perspectives (currently, up to two thousand stereo-perspectives). The input data for holographic stereograms is a computer model, a video or a series of photos of an object or a scene. HS can reproduce the effect of movement or object transformation.

The first holographic printers employed heavily-scattering diffusing screen to obtain a holopixel [1, 5, 6, 7]. The recorded image displayed on transparent overlay is projected on the diffusing screen. On the screen, laser light undergoes a strong scattering, thereby light from each point of the screen is directed in the aperture of the resulting holopixel, forming a cone of converging beams. However, the holographic printer based on the diffusing screen has very high energy losses, and the HS viewing angle is limited to 40–60°.

Later, high-aperture lenses have been used for the formation of a cone of converging beams [8, 9, 10, 11]. The beams passing the transparent overlay reach the lens that forms a cone of beams converging in the obtained holopixel (Fig. 1).

Therefore, the viewing angle 2ω of the image of the received HS is precisely determined by double rear aperture angle 2σ of the lens used to produce holopixels, as shown in Fig. 1. To form a uniformly glowing holopixel, the lens is used in conjunction with weakly-scattering diffusing screen located behind the transparent overlay, for instance.

To achieve a higher viewing angle, we suggest replacing the lens in the holographic printer with a diffractive optical element (DOE), as shown in Fig.2.

The DOE task in this optical system is to concentrate the beams incident and diffracted on the DOE in the area of holopixel obtaining. It is impossible to create a Fresnel lens with such a large aperture ratio; therefore it is proposed to use a three-dimensional or two-dimensional hologram. Using to DOE, which radiation diffraction angle at the edge is σ ≈ 60°, it is possible to create HS with a viewing angle of 2σ ≈ 120°. Relative aperture of such DOE is 1:0.3.

Secondly, the DOE may have high aberrations and large scattering aberration spot. This fact makes the DOE even less suitable for use as the imaging lens. However, the use of DOE in the holographic printer, together with a diffuser designed to form uniform field instead of scattering spot in the holopixel obtaining area, makes it possible to neutralize this shortcoming of the DOE.

Thus, despite the fact that such high-frequency DOE cannot be used as the imaging lens, it is well suited for use in a holographic printer.

Three-dimensional phase DOE of the high-aperture diffractive lens can be obtained only by holographic method, therefore it is a hologram optical element (HOE).

To obtain a transmission hologram lens, it is necessary to generate and send a plane and a diverging spherical wave to a photographic plate. Strata of dimensional holographic grating forming the HOE are oriented along the optical axis, since they are the result of interference of the co-directional waves and have an angle with the optical axis in the range from 0° to ω/2 = 30°.

It is impossible to form a uniform diverging wave with aperture angle σ = 60° using lens optics, therefore the three-dimensional HOE was obtained as a composite hologram lens (CHL), shown schematically in Fig. 4.

HOE consists of four elementary hologram lenses, each of which has a relative aperture 1:1 (and rear aperture angle σ1 = 30°, respectively). These elementary hologram lenses have a common focus. Due to this fact, rear aperture angle of CHL is σ = 60° (and relative aperture is 1:0.3, respectively), which makes it possible to obtain HS with a viewing angle of up to 2ω = 120°.

We suggest an optical scheme to obtain such CHL as shown in Fig. 5. There is a large deflection mirror, a refractive lens for forming a spherical wave and a small deflection mirror in the focus of the lens, which forms an diverging spherical wave incident on the area with dimensions of ​​a quarter of the surface of the photographic plate, in the object branch after the system of the laser beam expansion. Plane reference wave falls on the same photographic plate area co-directionally with the object wave. Thus, we have an optical scheme of Gabor hologram. In the process of obtaining CHL, four exposures to obtain elementary off-axis hologram lens on a photographic plate area are required by turning the photographic plate by 90° between exposures.

CHL experimental samples have been obtained on the holographic stand, assembled according to the developed optical system shown in Fig. 6. A photograph of the samples obtained is shown in Fig. 7. It can be seen that all four zones on the samples together form a glare from the lamp illuminating the samples during this photo shooting.

where
λ is the radiation wavelength,
f΄ is the focal length,
n is the serial number of the Fresnel zone,
αn is the diffraction angle of the n-th Fresnel zone.

The calculated parameters of the diffractive lens with a diameter of 46 mm and the focal length of 13.3 mm are shown in Table 2. The spatial frequency of the grating in the n-th zone has been measured on the basis of the width Tn of the n-th zone as νn = 1/Tn.

Calculation of the parameters for hologram lens described above allows obtaining the following values ​​listed in Table. 2. As seen from the table, the spatial frequency of the holographic grating is not more than 1400 l/mm.

A sample of diffractive lens, shown in Fig. 9, has been produced with the assistance of FSUE "RDC "Atlas". The DOE has been produced exactly to the sizes of the transparent overlay 46 mm diagonally. The main difficulty in obtaining the diffractive lens has become the selection of the operating mode of electron-beam lithographic printer to obtain the DOE with a period of the diffraction structure continuously varying from 0.7 to 50 microns, as well as combating the proximity effect (the effect of the impact of the current area exposure to neighboring areas).

Within the experimental studies of the holographic printer based on DOE, the HS samples have been obtained using a composite hologram lens (HS No 1) and a diffractive lens (HS No 2), respectively (Fig. 10, 11). When obtaining HS, smooth bright plane has been displayed on the transparent overlay. The HS dimensions do not exceed 50×50 mm. The holopixels are round in shape; holopixels’ diameter is 2 mm and 1 mm, respectively.

There is an aberration seen inside holopixels of sample No 1, the shape of which depends on the viewing angle. Also, when viewed strictly orthogonally, a holopixel recovers bright circular spot. The bright circular spot is due to the direct passage of the composite hologram passed through the aperture in the holopixel obtaining. Since the HOE transmittance ration is by several times higher than the diffraction efficiency in the operating diffraction order, there is a strong shock in holopixel’s brightness when observed orthogonally. Aberration spot is explained by the selectivity of the volume hologram, too high to form evenly illuminated field together with the diffuser when obtaining a holopixel.

A more even field can be seen inside holopixels of sample No 2, since the amplitude diffractive lens does not possess the spectral-angular selectivity and creates a uniformly illuminated field inside holopixel aperture together with the diffuser.

The result of the research was the holographic printer optical scheme based on DOE, which produces HS with a viewing angle increased to 120°. We have proposed two types of DOE, which made it possible to achieve this goal: a three-dimensional phase HOE of the CHL and a two-dimensional binary amplitude DOE of the diffractive lens. The samples have been obtained from both types of the DOE with the relative aperture of 1:0.3. HS samples have been obtained using both a CHL and a diffractive lens. It is proved that in the absence of spectral-angular selectivity, the diffractive lens in conjunction with a weakly-scattering diffuser produces HS with more evenly illuminated holopixels.

This research has been performed in the Bauman MSTU with the financial support of the Russian Ministry of Education and Science under the contract No 14.577.21.0197 (grant RFMEFI57715X0197).
Photonics Russia. Issue #3/2016
Readers feedback
Leave a feedback