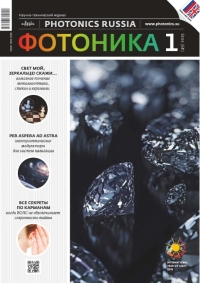 The article describes the design concept of the optical systems with an integrated laser rangefinder. It is based on applying specific properties of the semiconductor laser emitter direction diagram and laser receiver sensitivity diagram. It is offered for discussion the variants of optical sighting and observation systems with optical and electron sighting paths, combined with the emitting and receiving channels of the semiconductor laser rangefinder


ue to necessity for additional equipment of sighting and observation devices with ranging systems, the class of semiconductor laser rangefinders began to develop. Due to their compactness, these semiconductor devices are the most common components of the range finders intended for this purpose. Further evolution of semiconductor laser rangefinders followed the path of changes in the optical system of the instruments. At the time of its creation, the device was based on a two-channel optical system in which the transmitting and receiving channels were separate paths. Then, following the path of optimization of technical and weight-and-size characteristics, the designers created a laser rangefinder with a monocular system that is with one common exit (entrance) window for the transmitting and receiving channels.

In the range finder standard design, the optical scheme comprises two working channels, transmitting and receiving. This embodiment of a two-channel system is also implemented in DL-1 semiconductor laser rangefinder [1], which consists of the emitting and receiving channels with separate lenses, optical axes of which are parallel to each other. The existing methods of minimizing weight and size of the device for this design are known [2]. Their essence consists in the fact that, at the design stage, the dimensions of the lens entrance pupils are narrowed (at the lowest possible limitations of the emitter’s and receiver’s aperture angles) and the distance between the optical axes of the emitter’s and receiver’s channels is reduced. But due to the use of two different lenses in the channels of the emitter and receiver, the system dimensions increase in one of the coordinates. Moreover, spacing the optical axes and separate pupils of the channels for emission and reception of ranging signals generates an additional error source, parallax.

An obvious way to correct these disadvantages is the complete elimination of the transmitting and receiving rangefinder channels shifting in relation to each other, i. e. creating a system in which both channels operate through one entrance pupil.

The standard design embodiment of the monocular system with a common entrance window for both channels is a scheme with a beam splitter or a cube-prism. However, in this case, the emission has to pass through the beam splitter device twice, and as a result, total power losses exceed 75% of the incident light flux.

As part of the creation of compact rangefinder systems to reduce energy loss, a scheme of a monocular rangefinder based on the polarization properties of laser radiation was proposed. Linear polarization of the semiconductor laser emission allows using one combined channel in the optical system of this rangefinder as transmitting and receiving channels. In its front part, common to both channels, afocal attachment, followed by a quartz quarter wave plate and a polarization splitter are sequentially arranged. The splitter is intended for splitting the emission into two channels, each comprising one sole conjugation optics lens, and the laser emitter and the receiver of laser emission reflected from the object are located in their foci.

The proposed embodiment of a rangefinder design eliminates energy losses in the transmitting channel. However, it may cause polarization losses in the receiving channel. They arise because of emission scattering by nonuniformity of the medium through which the emission passes, as well as because of the polarization effects when reflected from the objects located within the optical path. These factors determine the degree of emission depolarization, which is a major contributor to the energy loss. Depending on the characteristics of the medium affected by the emission, depolarization can either be completely absent or, in the most adverse conditions, reach a value of 50%. But it’s still a significant advantage to 4-fold energy loss of a classical design of the monocular rangefinder with the channels split by a simple beam splitter.

Further work on small-sized semiconductor rangefinders of wearable sighting and observation instruments were aimed at finding rangefinder scheme options which could completely eliminate the energy loss not only in the transmitting channel of the rangefinder, but also in the receiving one.

The optical system of the receiving and transmitting device [3] with one common entrance (exit) window was used as a basis. The scheme included a spherical radome, a plane mirror with an axial hole oriented at an angle to the optical axis and a lens optically connected with the photodetector and located behind the plane mirror, as well as an attenuator and a solid laser emitter.

Analysis of this design embodiment has shown that in the scheme where the semiconductor laser is used as an emission source, an attenuator to protect the photodetector from the reflected intrainstrument laser emission of high power is not required. It is the very this inclined single-side plane mirror with a hole, installed in the channel of the semiconductor laser emitter, which can optimize the use of emission energy. To understand this, one must take into account the fact that the semiconductor laser diode beam as a rule has different direction diagram shapes in two mutually perpendicular directions. The existing laser beam divergence is conditioned by the physical structure of the emitting area that is, in particular, by the properties of the laser diode strip resonator.

As a result of calculations, an optical rangefinder system was created (Fig. 1). Its optical scheme comprises a lens 1–2, an inclined plane mirror followed by the lens 3 with an axial hole, as well as a semiconductor laser emitter 4 and photodetector 5. In this case, the lens is made in the form of a positive meniscus and optically connected with the photodetector and the semiconductor laser emitter.

The diameter of the central area of the entrance pupil for the emitting channel (Dem.) depends on the angular divergence of the beam of the laser diode 4. The beam divergence is observed in the planes, perpendicular and parallel to the long side of the emitting area (Fig. 2). It is determined by the following formula:

The lens is followed by a plane mirror 3 with an axial hole, positioned at an angle to the optical axis. The mirror splits the beam into two parts, emitting and receiving. The emitting part is formed by the rays that have passed through the axial hole of the plane mirror 3 and through the central zone of the main lens 1–2, wherein the diameter of the mirror hole is determined by the formula:

The semiconductor laser emitter is installed in the focal plane of the central lens zone with the appropriate orientation of the angular divergence. Due to the current mirror decline, the hole therein takes the form of an ellipse in the direction of the laser beam emission. Along the major axis of the ellipse, the size of which is Dотв., the maximum direction diagram is oriented by the turn of the laser diode body. The minimum angle of the laser diode emission will respectively go along the minor axis of the ellipse. Thus, reducing of the hole, when the mirror is inclined, is compensated by a corresponding minimization of θ∥, the angular divergence of the laser diode in the plane, parallel to the long side of the emitting area (respective to the direction diagram of the semiconductor laser emitter applied). The angles (θ⊥ and θ∥) used for the considered embodiment (Dизл.  = 30 mm, f΄об. = 100.75 mm) are ~ 18° from 25° and 12° from 12°, respectively, with a diameter holes in the mirror Dотв.  = 6.8 mm and a distance from the semiconductor laser emitter to it tизл.  = 21.05 mm.

However, it should be taken into account that the total light diameter of the main lens is 44.5 mm. The excess area of the entrance pupil, limited by the diameters Dизл. = 30 mm (of the central area of the entrance pupil for the emitting channel) and Dмах = 44.5 mm, is an entrance pupil of the receiving channel. The received emission is reflected from the surface of the splitting mirror and forms an aperture angle of 18° to 25°, within which the emission gets to the photodetector. Aperture sensitivity of the photodetector used (Fig. 3), specified in the certificate data, is close to 100% in the selected range.

Thus, the rangefinder receives the emission reflected from the object, which is formed by the rays that have passed through the annular area of the main lens and the rays reflected from a plane mirror mounted at an angle to the optical axis. At the same time, the rays from the central zone of the lens do not get to the photodetector mounted in the focal plane of the lens. In accordance with the direction diagram of the photodetector, this does not reduce the effectiveness of the reflected signal. Aperture sensitivity of the photodetector is much higher than the maximum angular divergence of the laser diode emission in the plane, perpendicular to the long side of the emitting area (θ⊥).

The difference in aperture corners of the semiconductor laser emitter and photodetector allows using for each of them corresponding areas of the main lens entrance pupil. Channel splitting by the inclined mirror with an axial hole occurs when the mirror is positioned at an appropriate calculated distance from the lens. This scheme eliminates the aperture energy losses in the target range measurement.

This design concept of the optical path for the semiconductor compact rangefinder allows speaking about the convenience of its use when combining the optical sighting and observation devices of the wearable class.

As an example, Fig. 4 shows the optical scheme of the compact monocular sighting device with an integrated semiconductor laser rangefinder with an optical sighting path. Figure 5 shows a scheme of the same device, but with an electron sighting path. Their specifications are given in Table 3. It can be seen that the weight-and-size characteristics of the designs implementing these schemes are almost identical (or differ only slightly). However, the sighting device with an electron sighting path in the above embodiment is more compact, although in general, its size may vary (depending on the size of the emission receiver and image renderer, or microdisplay, used). Overall dimensions of the system with an optical sighting path exceed the dimensions of the system with an electronic sighting path, but remain very attractive for the devices of the wearable class.

Marketing studies show that devices with optical sighting paths are mostly demanded by the consumers of sighting and observation systems. Therefore, despite the relative complexity of the optical sighting tract system assembly in comparison with the electron sighting tract system, the work on the creation of such rangefinders is in a very active progress. The complexity of the assembly is caused by the need of splitting the sighting channel from the ranging channels while ensuring set characteristics of the sight device at the same time (viewing area, magnification, resolution, eye relief). To avoid an increase in size of the device, as a former of reticles and scales in the optical sighting path as an option it is offered to use not a mechanical reticle with cumbersome mechanisms of reconciliations, but luminal LCD screens, the current models of which have quite acceptable characteristics in terms of transmission ratio, size of forming elements and useful information field. In addition, there is an ongoing active joint work to improve liquid crystal display (LCD) screens.

A design concept of ranging systems with combined transmitting and receiving channels is proposed. It is based on the combined use of specific properties of the emitter (laser diode) direction diagrams and emission receiver sensitivity diagrams. The result is obtained in the course of a cycle of works on creation of compact multi-functional devices both of the wearable class and complex multi-channel systems for special applications.
Photonics Russia. Issue #1/2015
Readers feedback
Leave a feedback