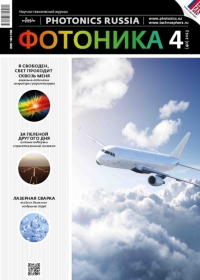 In the metal welding operations gas acts as a protection against unwanted surface contamination and oxidation of the weld. The article describes the advantages of using argon as a shielding gas, capable of providing high-controlled dynamic parameters of the CO2 and solid-state lasers welding process.

Issue #4/2013 G.Ballerini, F.Briand, Ph.Lefebre, K.Chouf, M.Stepanova
Solid-State and СО2 Laser Welding Zink-Coated Steel Sheets and Unconditional Blanks in Argon and its Mixtures
In the metal welding operations gas acts as a protection against unwanted surface contamination and oxidation of the weld. The article describes the advantages of using argon as a shielding gas, capable of providing high-controlled dynamic parameters of the CO2 and solid-state lasers welding process.
Теги:   laser welding   shielding gas   защитный газ   лазерная сварка
In this article we describe the advantages to use 100% argon shielding gas with well defined and controlled dynamical properties for CO2 and 1μm laser welding:
In the case of high power CO2 laser welding (up to 12kW) Helium can be replaced by 100% Argon keeping the welding speed and bead properties unchanged and reducing considerably the manufacturing costs.
In the case of YAG lasers, the use of fast dynamic Argon jets makes possible to weld critical materials, as well as well-known critical welding configurations like zinc coated steel stacks.
Laser Welding: state of the art
The “keyhole mode welding” or “deep penetration laser welding” occurs when the power density of the focalized laser beam is higher than 1MW/cm2. The laser energy is absorbed by the metal surface and the metal is vaporized. The recoil pressure due to this strong vaporization generates a narrow capillary within the melted pool called keyhole. This keyhole is filled with a mixture of dense and hot metal vapors and plasma absorbing partially the incident laser beam. In this way the laser energy is deposited deeply into the material. The laser welding process results from the displacement of this keyhole into the melted pool. The keyhole behavior is described with two different approaches: the “static cylindrical description” [1,2,3] and the “dynamical description” [4]. In the static description the keyhole is a vertical rigid cylinder moving towards the welding direction. The keyhole is stable and stationary and its equilibrium is described as a simple balance between opening forces coming from the bottom of the cylinder and the closure forces due to the melted metal. In the dynamical description the keyhole does not have a defined shape; this shape is generated continuously by the succession of local beam absorption/ vaporization/ reflection cycle on many and small parts of the keyhole wall surface.